Skip to content
Home Publication A fight against excessive obligatory labour at the Gföhl dominion: Eight ringleaders deported to the Banat

A fight against excessive obligatory labour at the Gföhl dominion: Eight ringleaders deported to the Banat

At the beginning of the 18th century, the population growth gave rise to an increased demand for food. Agriculture therefore became more interesting to the landlords. They exerted a higher amount of obligatory labour days and serf payments from their subjects. Some landlords raised obligatory labour to a level that was no longer sustainable. In the Lower Austrian dominions of Gföhl and Altpölla, the conflicts went so far as to the adoption of sanctions:
“… In August 1771, at his (note: dominion of Sinzendorf) instigation and upon the request of the State Council with the consent of Maria Theresia, the order was issued to expropriate and deport the eight main ringleaders together with their wives and children to the Banat, which was in effect executed in October. This brutal sanction concerned: Josef Aschauer and Leopold Simlinger from the Gföhl dominion, Johann and Josef Huber, Peter Patzl and Josef Burker from the Tautendorf dominion, Jakob Simlinger from the Mottinger dominion and Hans Georg Fridrich from the Eisenberger dominion, as well as their wives.”
Those who were allowed to remain continued to fight for their rights. On April 15, 1774, Leopold Simlinger was allowed to return – however without his wife, who had died in the meantime. The wife of Josef Hueber had also “perished as a result of homesickness” in Hungary. 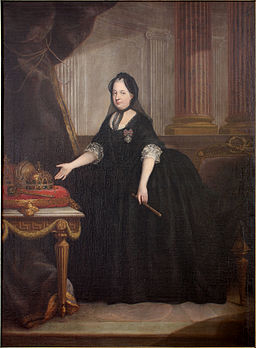